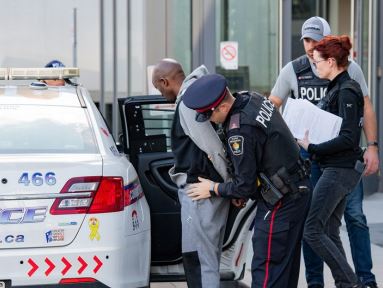 Police across Ontario and Quebec say they’ve dismantled a sophisticated human trafficking ring run by an organized crime group that allegedly forced dozens of women and underage girls to work in the sex trade.

On Wednesday, Octoner 26th, police in York Region announced more than 300 charges after 34 search warrants were executed last week at numerous locations across the Greater Toronto Area and Quebec.

Thirty-one people were arrested in what police dubbed Project Convalesce — a multi-provincial probe that began in October 2018 after two woman attempted to escape and contacted police.

That led police to begin investigating a man named Jonathan Nyangwila, who police contend was the kingpin of the operation.

See the report by CityNews: https://toronto.citynews.ca/…/human-trafficking-probe-gta-…/

Photo from the Toronto Sun.